LUCI Subscribe Max can be setup to stream Video, captured from a webcam or Blackmagic video input. The currently supported format is H264 with bitrates up to 4Mbps. The video can be recorded separately in an mp4 file, and combined with the separately recorded audio file with standard video editing software or with our FTP function. 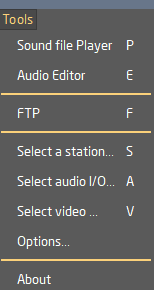 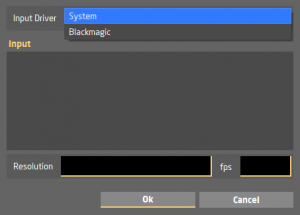 The window will show the installed video devices either by system drivers or Blackmagic drivers ( if installed ). Select the device, and the default Resolution and Frame rate of this device. Be aware that some video devices can only be used with one particular resolution or frame rate. 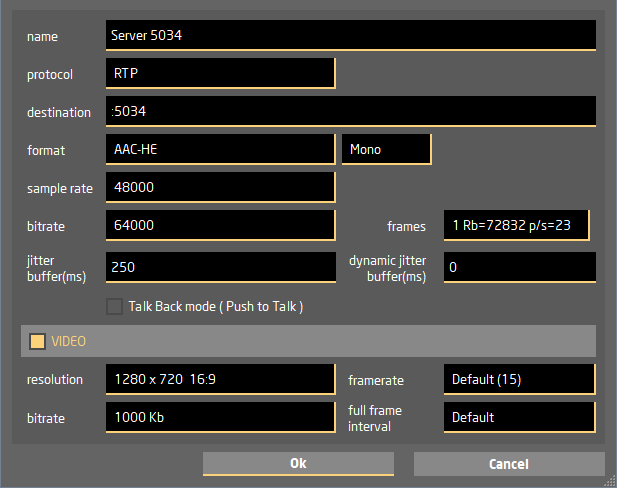 Protocol
The only difference to a normal Audio profile is that you select the Audio/Video via RTP or Audio/Video via SC-RTP . This will stream the video signal through a second RTP stream on a different port (the audio port + 2):

destination
The RTP-port, in this example 5034, will be used for Audio. The video will be send as a separate stream through a second port (the audio port + 2) . For this example the Video-port will be 5036.

The numbering of the Video -port is selected internally in the software as always being 2 more than the Audio-port. Be sure this port is also port-forwarded in your router ( see LUCI STUDIO How-To: UDP port forwarding for RTP incoming stream ).

format
There is no restriction to the Audio Output formats as this is send through a different stream. All Audio formats can be used in combination with the Video option. 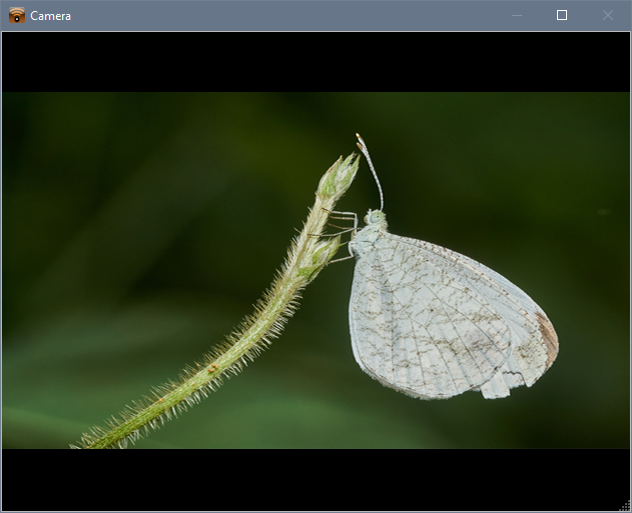 On pressing the Microphone button, a separate video preview window is shown, where the video input signal will be shown. The size of the window can be changed, or set to the selected resolution ( maximise ). When pressing the Connect Button, the audio and video will be send by separate RTP streams.

The video input can be recorded just as the audio into separate files. The audio in a wav file and the video in a mp4 ( audio less ) file. To combine the 2 files you can either use a 3e party Video Editing Suite, or use our FTP function.

Audio and video are saved in 2 separate files. To combine the 2 files you can either use a 3e party Video Editing Suite, or publish it using our “FTP” or “Render” function. Before publishing the file you can set a start and end point with the LUCI LIVE Editor. When using “FTP” the new audio file and a video with the audio combined are send to the FTP-server. When using “Render” a new audio file is created with a video combined with the audio is created ( auto named “_final” ). 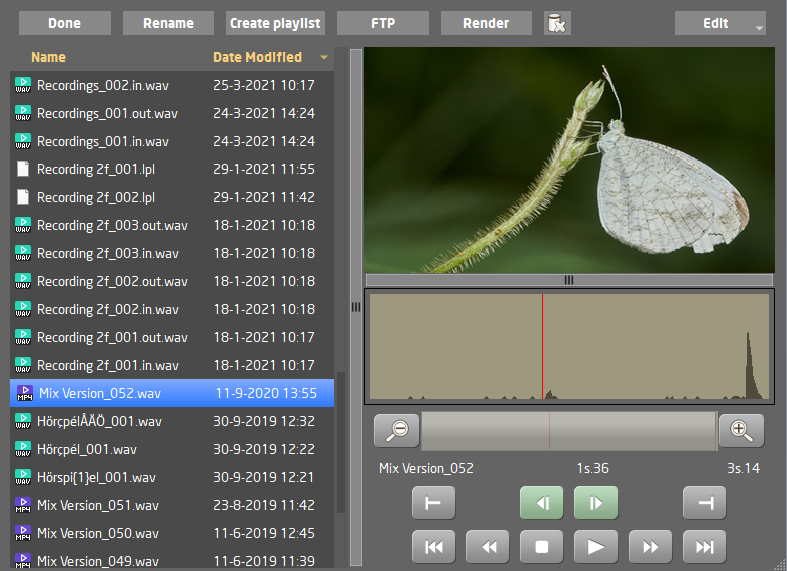 You will only see the audio file in the file list, but if there is a mp4 file the video frame will be also shown on selection. There are some dragging bars you can move to size the video / audio areas. You can set a different begin and end point from the audio timeline ( see section Audio Editor). The selected area will be highlighted in the waveform screen and only this part of the file will be published. You can publish this selection with FTP.

A known difficulty is the synchronization of the audio and video streams / files. As they are captured separately, the synchronisation depends on the capturing latency of the audio versus the video frames and can cause some unwanted synchronizing delay. For instance, if you use a webcam as video input and a different audio input for audio instead of the webcams microphone, then the delay could be noticeable. Therefore it is best to use a 3th party video editor to combine the 2 separate files so you can shift the audio and video in time to synchronise it.